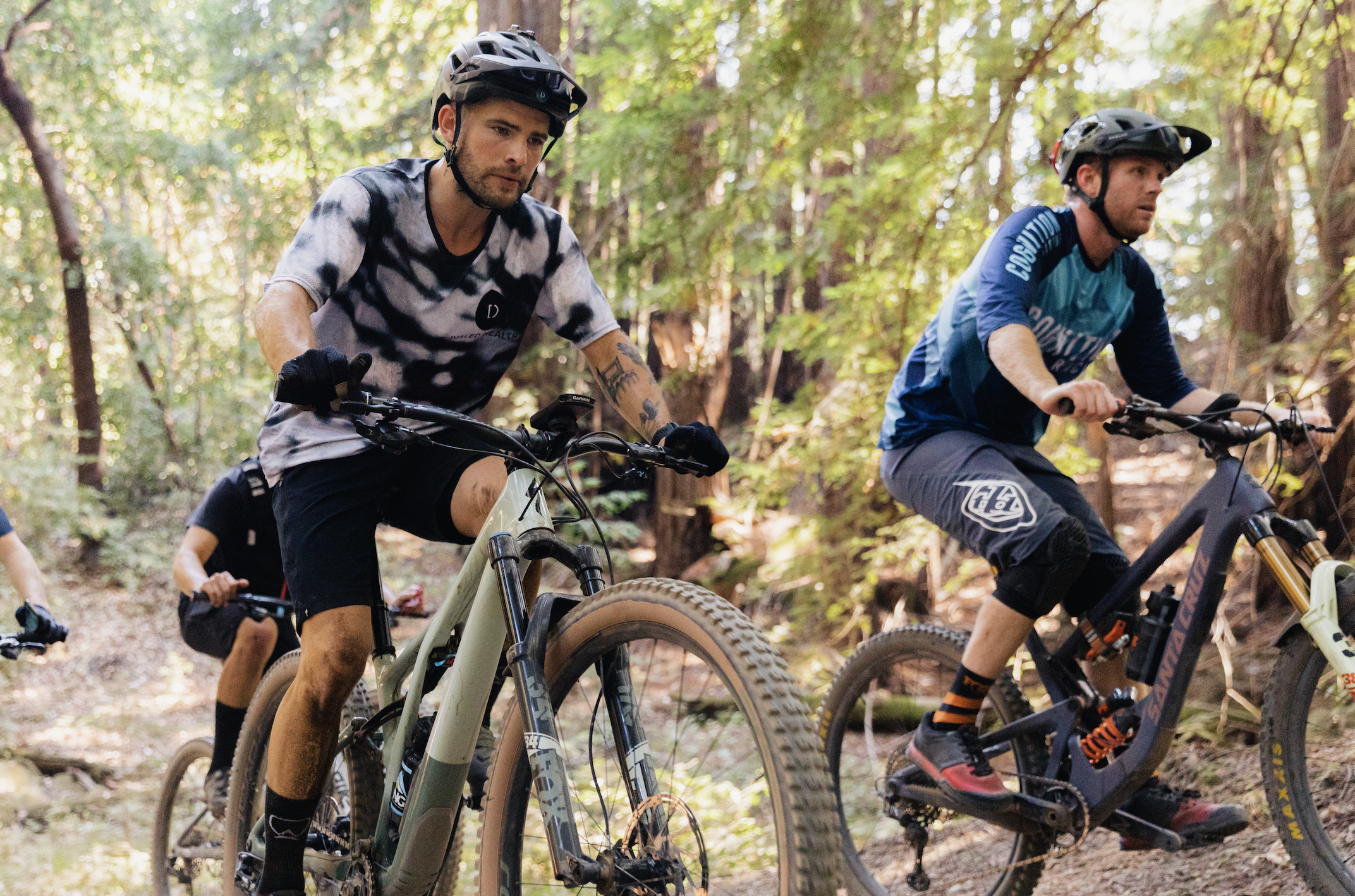 Limits are there to be pushed, and that’s really what Dialed Health is all about—empowering you to find your limits and equipping you with the strength and motivation to move beyond them. It’s also the spirit behind the Dialed Health Vert Challenge, an annual challenge for athletes with a pretty simple premise: set a personal record for vertical ascent in a single bike ride. It’s an individual goal, but a group effort, as athletes all over join each other in testing limits and discovering potential.

When Dialed Health coach Derek Teel came up with the idea, he knew he’d be inspired by the amazing things participating athletes achieved, but he didn’t just want to sit back and watch. Derek wanted to push his limits too, and accomplish something along with the Dialed Fam. At 1:45 in the morning on a September Saturday, he set out to do just that.

The challenge coach Derek decided to take on was a modified version of Everesting, in which a cyclist climbs at least 29,029 feet (the height of Mt. Everest) in a single ride. The official rules require the climb be achieved through up-and-down repetitions of the same hill, but Derek wanted to make the challenge truer to the kind of real-world riding Dialed Health athletes do every day. So he chose to complete his challenge on a mountainous offroad loop, which included an approximately 2.5 mile-long climb up a fire road and a technical 1.4-mile descent.

With more than 26 laps needed to rack up enough elevation gain, Derek knew the ride would push him to his very limits. To succeed would take careful preparation, equipment, and the support of friends. And last but not least, a little determination and grit.

With 3 young children and a busy family life, it wasn’t feasible for Derek to put in lots of huge training days to prepare for the Everesting. Instead, throughout the spring and summer he stuck to his normal 7–10 hours of weekly riding time, favoring consistency and trusting the process of training. With just over a month remaining before the Vert Challenge, Derek rode a double century on his road bike. This 200-mile ride was Derek’s longest ever, and though it only achieved about half of an Everesting’s worth of climbing, it was a perfect test of his ability to endure a long day in the saddle and a big confidence boost.
While Derek’s cycling didn’t change too much in advance of the Everesting, he did make some notable adjustments to his strength and mobility routine to prepare for the effort.

“It might sound counterintuitive, but I put more emphasis than normal on strength training,” he said. “Traditional cycling metrics like threshold and power-to-weight aren’t as important during an Everesting. Instead, you simply need to be durable, so I increased the weight I was lifting in the months before the ride. Then two weeks beforehand, I reduced the weight and shifted my focus to mobility and flexibility. I wanted to feel strong, supple, and relaxed.”

Knowing his body was ready, Derek turned to his equipment. Since he wanted the ride to be representative of actual trail riding, he wanted to ride a bike that fit this description too. So instead of using an ultra-custom pro-level setup, Derek chose to ride his Specialized Stumpjumper Expert, with a few minor adjustments to make the bike softer and more comfortable. Pre-riding the course a week in advance helped Derek test out his strategy and optimize tire pressure, and revealed that the biggest challenge would be to avoid riding too hard up the climb. Luckily, Garmin partnered with Dialed Health for Derek’s ride and supplied just what he needed to track and monitor his effort—Rally XC 200 pedals for dual-sided power, an HRM-Pro heart rate strap, and an Edge 1030 Plus head unit to display all the data.

This left only the actual logistics of the day to take care of, and Derek had that covered too. His Dad came along to help, as did an incredible group of friends who’d ride alongside him for much of the day. Every box was checked, and Derek was ready.

At 1:45 am on a Saturday morning, Derek finally set out to complete the Vert Challenge. Though he was admittedly short on sleep, the knowledge that Dialed Health athletes everywhere were pushing their own limits was powerful motivation. So too was the thought of friend and Dialed Health partnered coach Katie Alton, who’d suffered a serious crash and brain injury a few months before. With Katie’s boyfriend joining him at the start line Derek got to work, his ride dedicated to Katie’s incredible resilience and ongoing recovery.

Beginning in the pitch-black California night, Derek and his friends rode the approximately 40-minute loop, stopping every few laps to refuel and stretch. The sunrise offered a huge morale boost, as did the milestone of completing the first 10,000 feet of climbing. But at the halfway point, Derek was forced to face the crushing realization that he would not be able to finish riding before sunset. It was the most challenging part of the entire ride.

“Physically, I felt great,” he remembers. “But mentally, it was the hardest time. Even in my exhaustion I could do the math and realize I’d be finishing in the dark. It hurt to accept.”

There was nothing to do but carry on, and soon the sense of purpose and motivation returned. Derek stayed positive by measuring progress one small goal at a time— completing the next lap, or getting over the next climb, or even just watching one more mile tick by. By the time the sun began to set, only two laps remained, and the friends who’d joined Derek for his first few laps returned to ride alongside him once again.

As he neared the end of his 26th lap, Derek suffered one last defeat. According to his elevation data, he would not have enough vertical gain to complete the Everesting at the end of the lap and would need to continue for another few miles. Even though it would only take a short additional distance, it felt like a monumental and insurmountable task.

Finally, at 9:46 PM, more than 20 hours and 119 miles after starting, Derek had done it. He had successfully Everested on his trail bike and completed the Dialed Health Vert Challenge.

*STRAVA LINK FOR THIS RIDE

The Meaning of Success

When Derek originally came up with the idea for the annual Dialed Health Vert Challenge, he wanted to motivate athletes to push themselves past their comfort zones and redefine their understanding of their own potential. That potential is different for everyone, but it’s a powerful experience to discover it, with new self-confidence revealed along the way.

“That ride was the coolest thing I’ve ever done on my mountain bike, but it was so much more than that,” Derek says. “It wasn’t easy, but I was thinking of Katie, and what she’s going through, and it made my ride feel easy by comparison. I want her to know she powered that ride.”

You don’t need to be a Dialed Health athlete to participate in the Vert Challenge. It’s an open call to every athlete to reaffirm their abilities and find new limits, and celebrate the spirit of self-empowerment and personal improvement that Dialed Health represents. Will you join the challenge for 2022?

*VIEW THE WINNING RIDE OF THE 2021 DHVERTCHALLENGE HERE

Your experience on this site will be improved by allowing cookies.