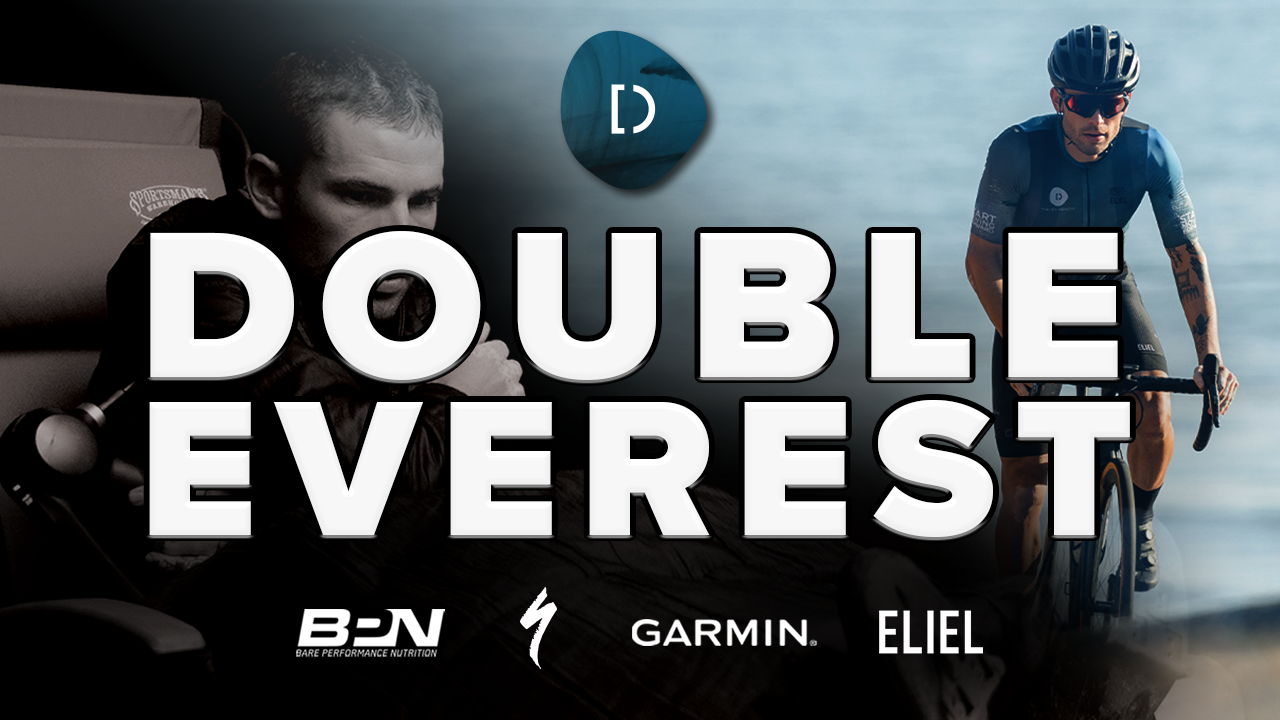 View This Ride On Strava

At 9:30 AM on a sunny Friday morning in August, Dialed Health’s Derek Teel started riding his bike up a hill.

Heading north off the Pacific Coast Highway on Deer Creek Road, he turned sharply left into a switchback, then back right, then eventually left again as the road snaked into the Malibu hills. For about 25 minutes, Derek pedaled upwards through 2.2 miles of steep grades reaching nearly 20%. Then he turned around, rode the treacherous descent back down, and started climbing again, and again, and again—slowly but steadily riding into the most challenging 27 hours of his life.

Derek wasn’t just riding his bike up a hill. Inspired by Dialed Health’s annual Vert Challenge, which asks cyclists to set a personal record for vertical ascent in a ride, he was Everesting— climbing the vertical height of Mt. Everest through repeated ascents and descents of a single hill. It’s a popular but exhausting rite of passage for cyclists who want to push their limits, requiring 12 or more hours to ascend 29,029 feet in a test as much of mind and willpower as of the body.

Derek already had two of these grueling rides under his belt and knew how challenging they could be, but he wasn’t content to merely repeat what he’d already done. So he decided to up the ante and double the challenge, riding at least 58,064 vertical feet through 45 laps up and down Deer Creek Road.

Physically, he felt ready. Extremely fit from a year of audacious bike rides and focused training, for the past 6 weeks Derek had abstained from alcohol, reducing his body fat to a svelte 9%. Two strength training sessions per week augmented his time on the bike, and daily mobility work left him feeling limber and resilient. “Before the ride was probably the best I’ve ever felt,” he said with a laugh, knowing in retrospect that nothing could have truly prepared him for the magnitude of what lay ahead.

The morning began optimistically, with Derek initially setting a steady but sustainable pace. First, he rode for 5 laps before a short break for food and stretching, then 4 more laps and another rest, then 3 more laps, then a rest, and on and on. Confident he could complete the ride in under 24 hours, Derek expected plenty of extra time to bask in the satisfaction of his achievement the following morning.

But little by little, the rising sun took its toll. As the day wore on, temperatures in the 70s felt exponentially hotter on the exposed incline, the sun’s glare magnified and reflected by the surrounding pavement. As Derek suffered in the heat his pace slowed, and he left a trail of sweat droplets tracing his slow path up the climb.

“Just make it to nightfall,” he thought, time seeming to stand still in the stagnant air.
Finally, as the sun set over the pacific, a cool breeze blew inland and temperatures fell. Derek’s pedal strokes again became more fluid, pushing him past the hundred-mile mark to complete his first Everesting around 9:00 PM. But the milestone of reaching the halfway mark was overshadowed by the acute understanding of what remained. Derek was now 12 hours into his ordeal and well behind the schedule he’d initially set for himself. Worse still, for the next nine hours, he’d be alone in the darkness, watching tarantulas run across the road in the glow of his bike’s headlight as he climbed the hill again and again.

On it went, interrupted every few laps by short stops to wrap himself in a jacket, eat a hot meal, and hear words of encouragement from his dad, Jim. Though restorative, the rest stops were bittersweet—the longer Derek spent resting, the more he prolonged his remaining time on the hill, yet with each stop, it became more difficult to get back on the bike.

Thanks to his training and fitness, Derek’s legs and body remained resolute, but the same can’t be said of his mind. At 3:00 AM, after 18 hours of pedaling, exhaustion overtook him and he nearly fell asleep on the treacherous descent. After filling his water bottles with iced coffee in a desperate attempt to stay awake, the fatigue receded, and Derek refocused on the task ahead.

For cyclists pedaling through the night, sunrise is a natural goal, as the morning brings warmth, renewal, and a second wind. For Derek, dawn brought a different, crueler reality. The clarity of the morning light drew the harsh truth of 8,000 feet of climbing and at least 6 more hours on the bike into sharp relief, with each lap now taking 10 minutes longer than the day before, no matter how hard he tried. The original goal of finishing in 24 hours was long gone; now, the only mission became survival. Derek found himself unable to ride steadily; instead, he “paperboyed” back and forth across the road, slowly creeping upwards towards something that seemed increasingly far away.

“At that moment, if it weren’t for the commitment I’d made to others to complete the ride, I’d have stopped” Derek recounted. “Those last 8,000 feet were the hardest mental and physical experience of my life. At one point I got so fatigued, I nearly broke down in tears. I truly didn’t think it’d get that hard, and it took everything I had in me to keep going.”

Finally, with 3 laps left, the end was tangibly near. Now Derek thought of his wife and children as he rode, resolving himself to finish so he could return to his family. As he approached the final ascent, Derek felt no swelling of excitement or pride, just a humble sense of gratitude that it would all be over soon. Then he crested the top of the climb and it was done—202 miles, 58,064 feet, and more than 27 hours since he’d started in the warm morning sun.

What does it mean to reach your limit and keep going? What’s to be gained from pushing far beyond what you think you can achieve? For Derek, at least, the experience was more meaningful than he could have expected, and it went well beyond any tally of miles or vertical feet.

“The biggest takeaway for me is self-confidence,” he reflects. “I felt like I knew what I was getting into, and I was so confident I could achieve it. But when I blew past that mark of what I’d imagined it would be, and when I realized it would take hours longer than expected, that’s when I started breaking new grounds of mental and physical discomfort. In the end, I prevailed, and I’m even prouder because of that adversity along the way!”

Whether you set out to climb 58 feet or 58,000, the Vert Challenge is all about breaking through your limits, and as Derek exemplified, finding new confidence in your success. Pick a goal and go for it, whatever it takes!

Thank you to our sponsors who provided this equipment for the ride:

Get more details from Derek on the Dialed Health Podcast!

Your experience on this site will be improved by allowing cookies.